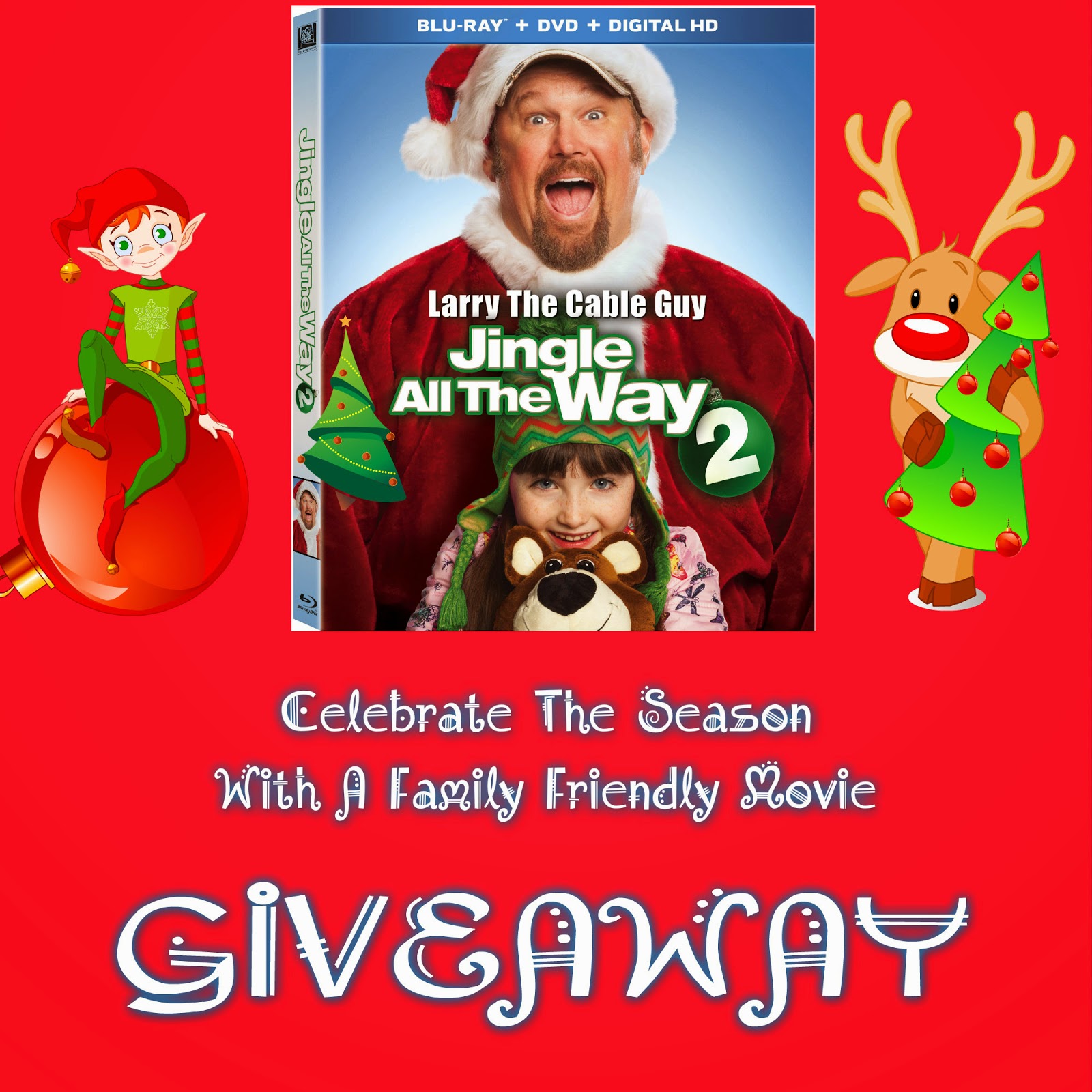 Out on
Blu-ray™ Combo, DVD and Digital HD™ December 2

LOS ANGELES, CA (October 30, 2014) – Fill your stocking with a new holiday classic that will have the whole family laughing when Jingle All The Way 2 arrives on Blu-ray Combo, DVD and Digital HD December 2 from WWE Studios and Twentieth Century Fox Home Entertainment. Comedy superstar Larry the Cable Guy and WWE Superstar Santino Marella bring laughs and holiday spirit to this second installment of the successful film franchise.

Two desperate dads compete in a no-holds-barred battle to be the best father and make this the best Christmas ever! Fun-loving, laid-back dad Larry (Larry the Cable Guy; Cars, Tooth Fairy 2) is having a bear of a time finding the perfect Christmas gift for his eight-year-old daughter, Noel. The season’s hottest toy, The Harrison Bear, is all sold out, and Noel’s new stepfather wants to keep it that way — so he can be the one to make her holiday wish come true. When Larry learns all Noel wants for Christmas is the bear, he’ll stop at nothing to make his little girl happy and get her the toy of her dreams…Co-starring WWE Superstar Santino Marella, Jingle All The Way 2 is heartwarming and hilarious fun for the whole family!

The holiday cheer continues in the Blu-ray Combo and DVD bonus features including deleted scenes, making-of featurettes, a mock Public Service Announcement from Larry and Santino advising how you can stay safe while shopping this holiday plus a special Harrison the Bear TV commercial and an exclusive interview with the hottest toy of the season.

While you wait for the holiday season to get under way. How about some fun activity sheets inspired by Jingle All The Way 2. Print them out while you are wrapping or cooking to keep the kids busy. 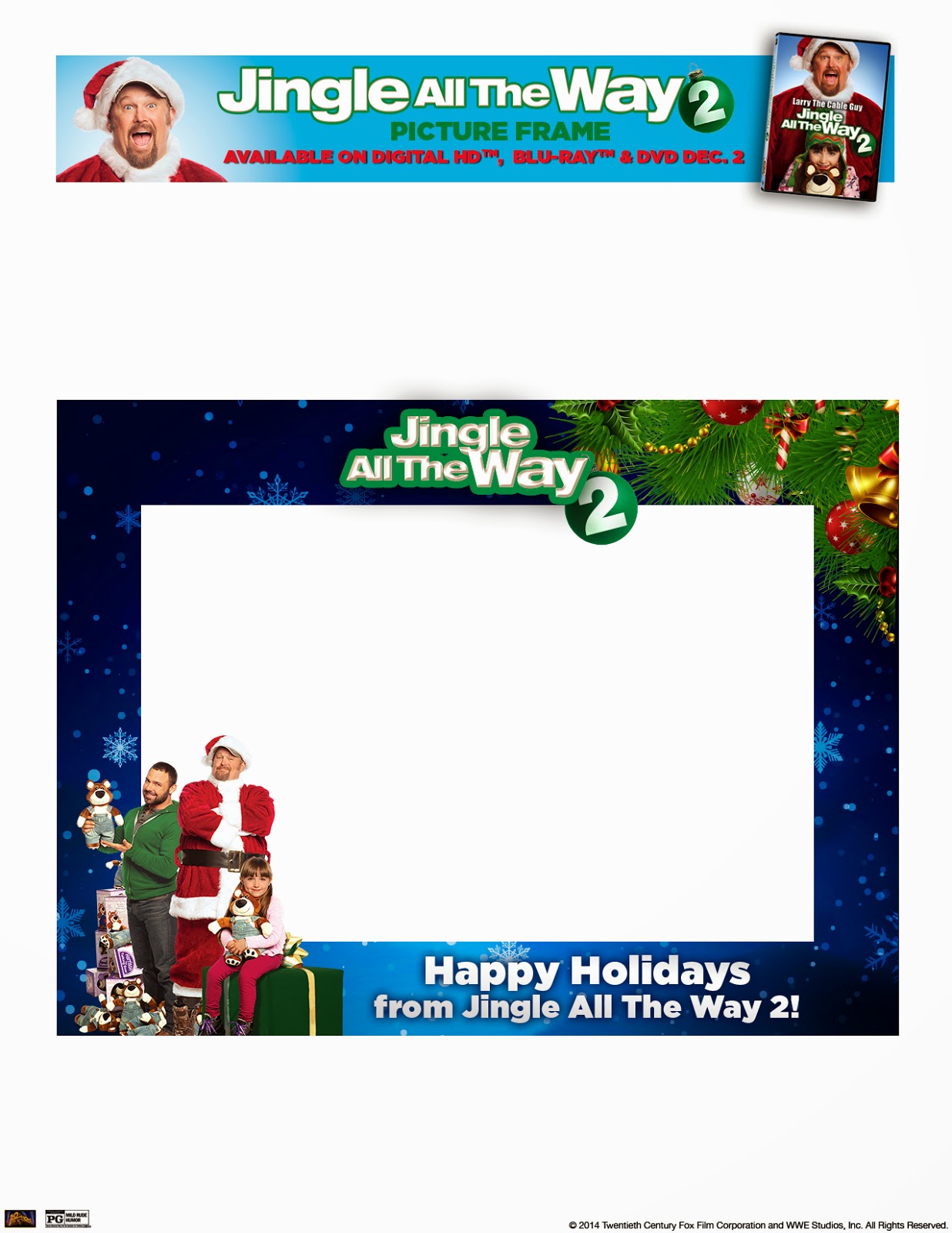 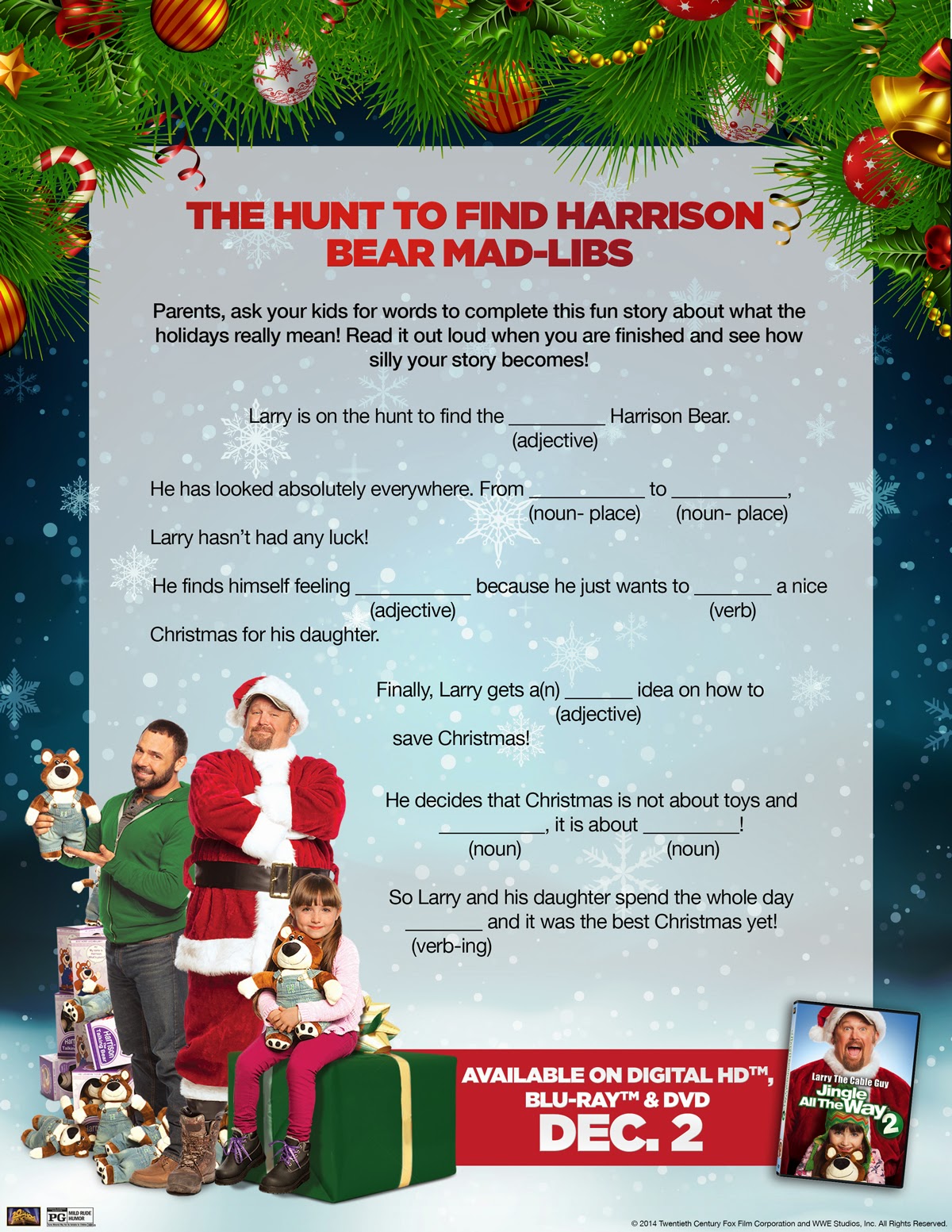 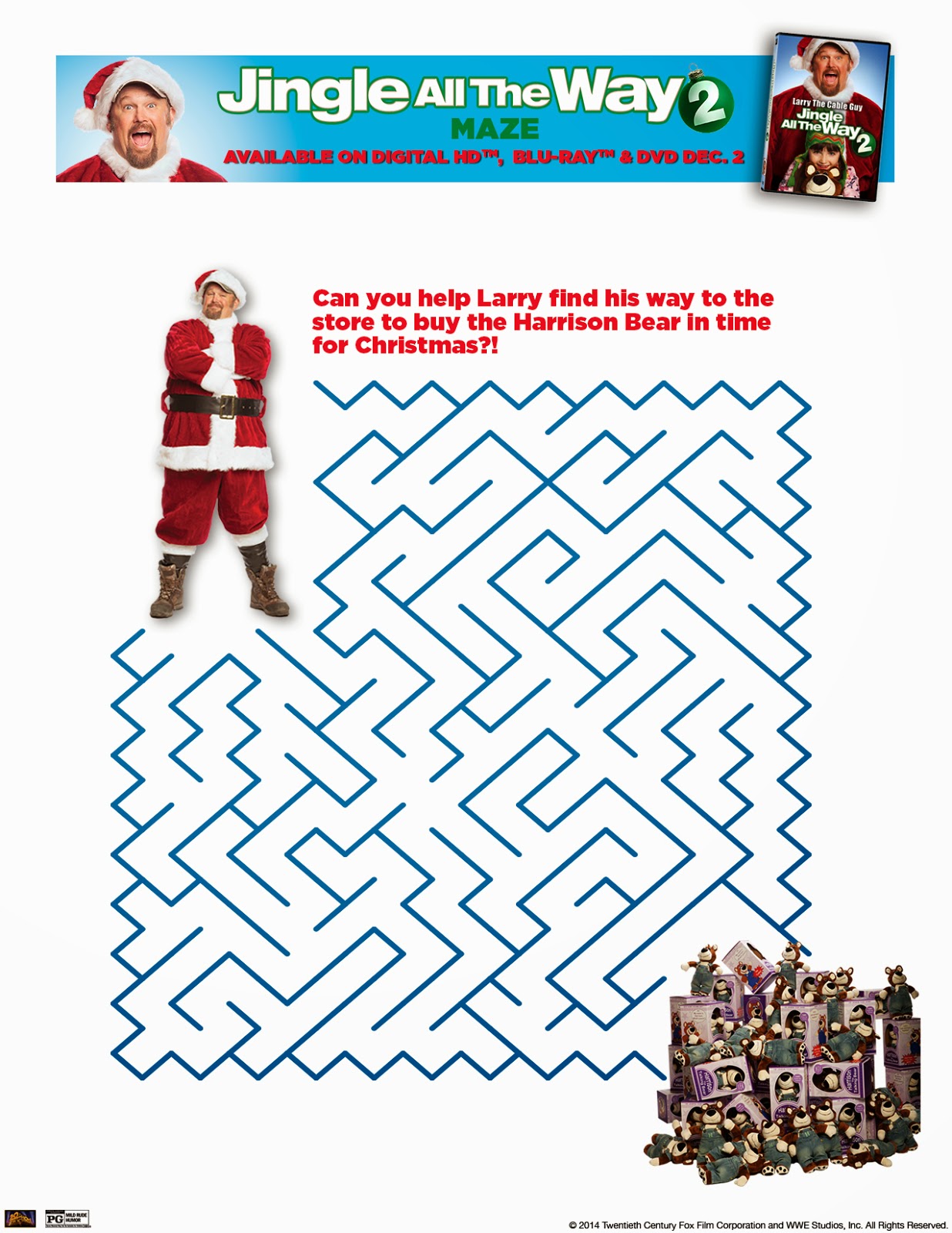 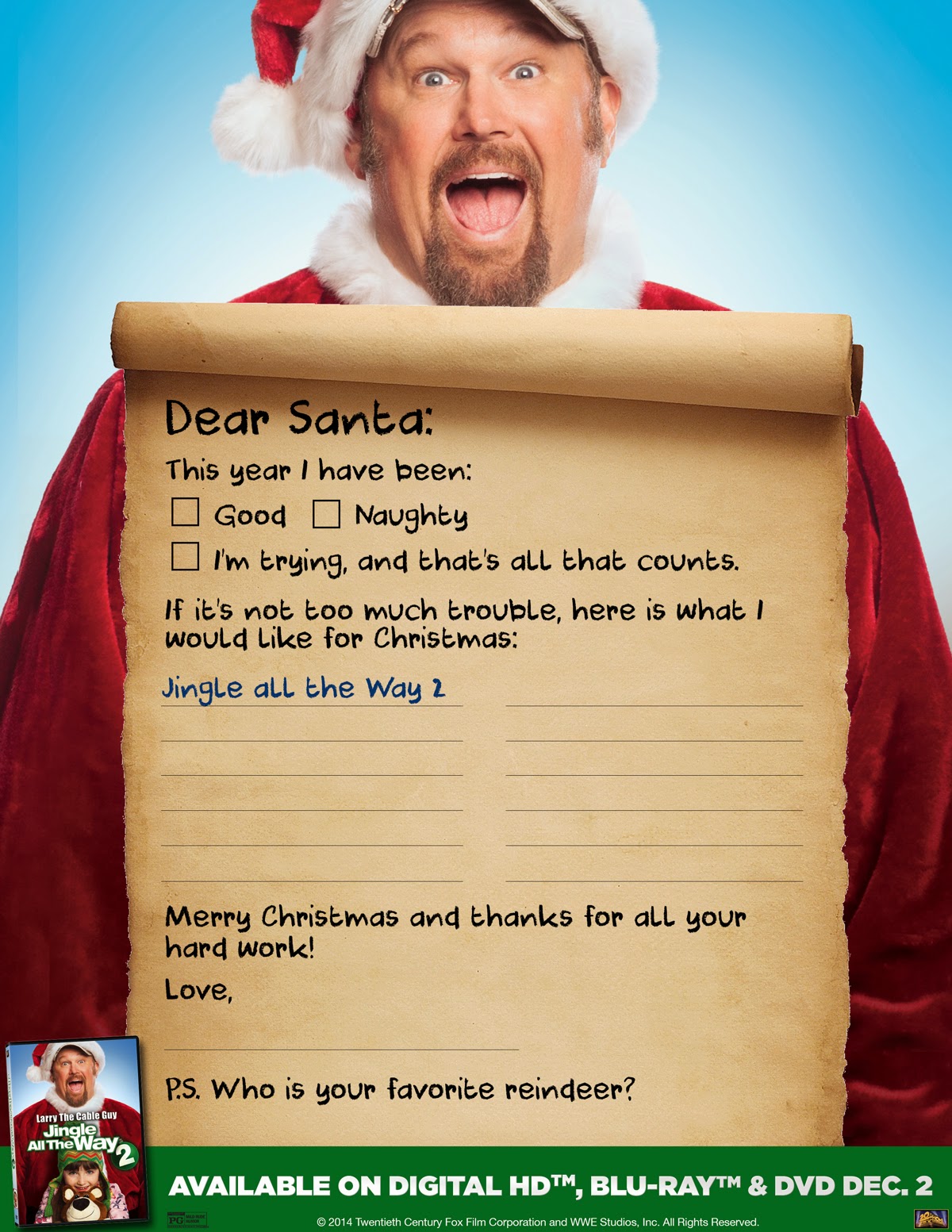 Enter to win a Blu-ray Combo by filling out the Giveaway Tool below:

Disclaimer: No monetary compensation was offered. We will be receiving a complimentary movie for our upcoming review. We received as a FoxInsider.