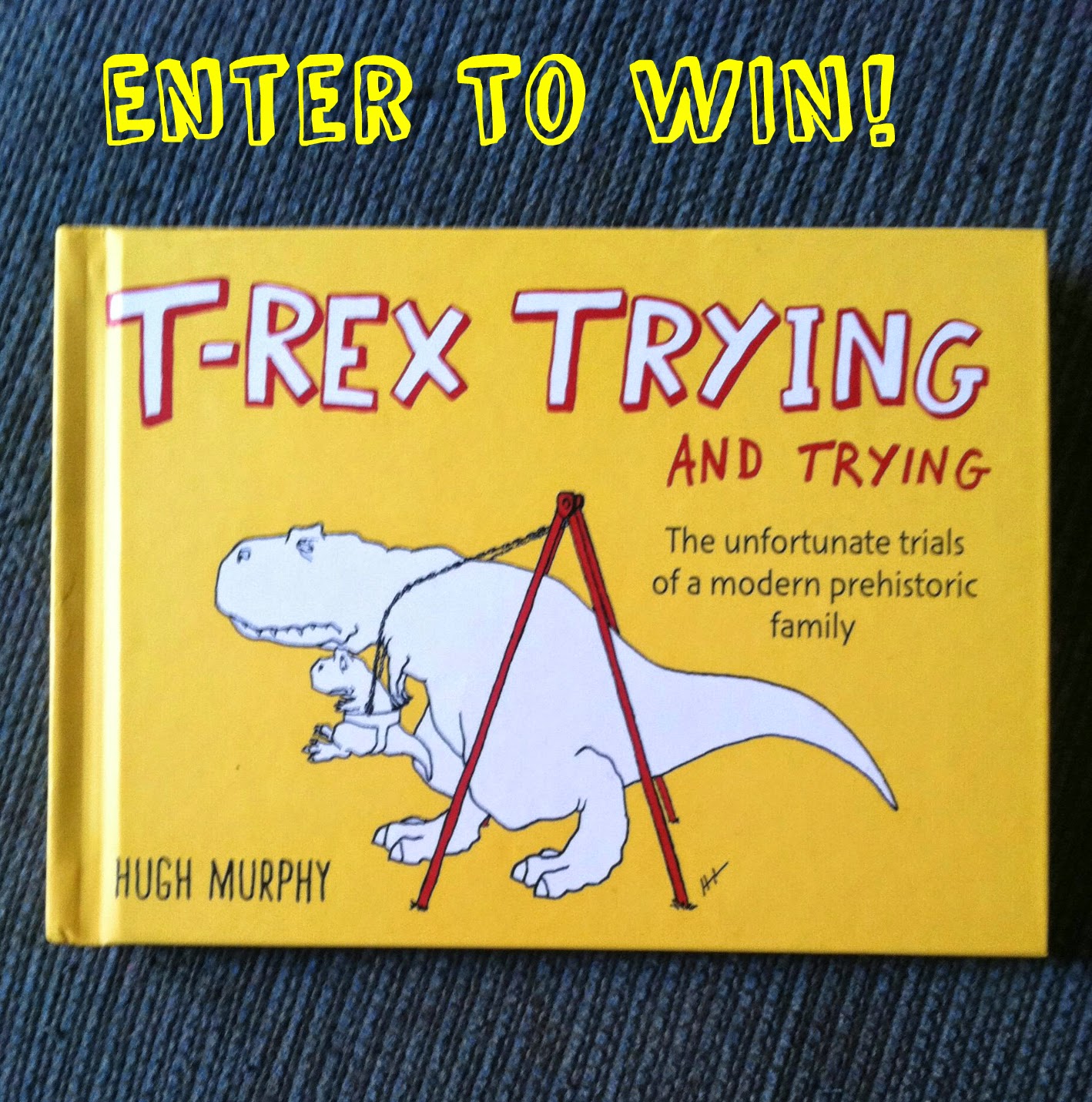 Poor T-Rex.  He can’t play basketball because the hoop is too high.  Jumping rope is such a task; the rope won’t go past his tail!  He can’t even get comfortable; he’s unable to reach the lever to recline the La-Z-Boy. With his tiny arms and robust body, a task as simple as changing a light bulb can be too much.  Despite being the most intimidating creature on the planet, T-Rex Trying proved that the intimidating Lizard King can’t quite manage to live a normal life in the modern world. 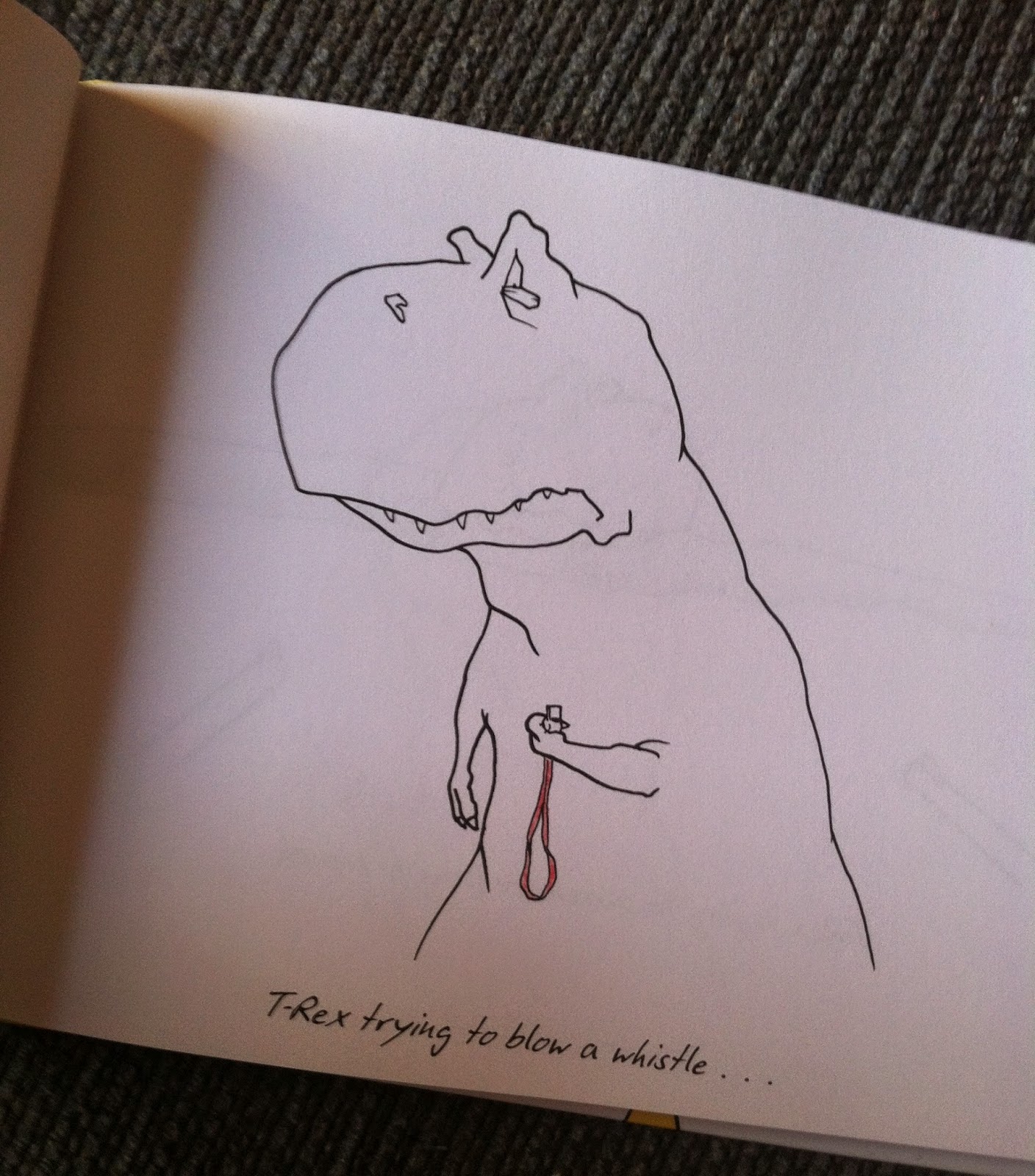 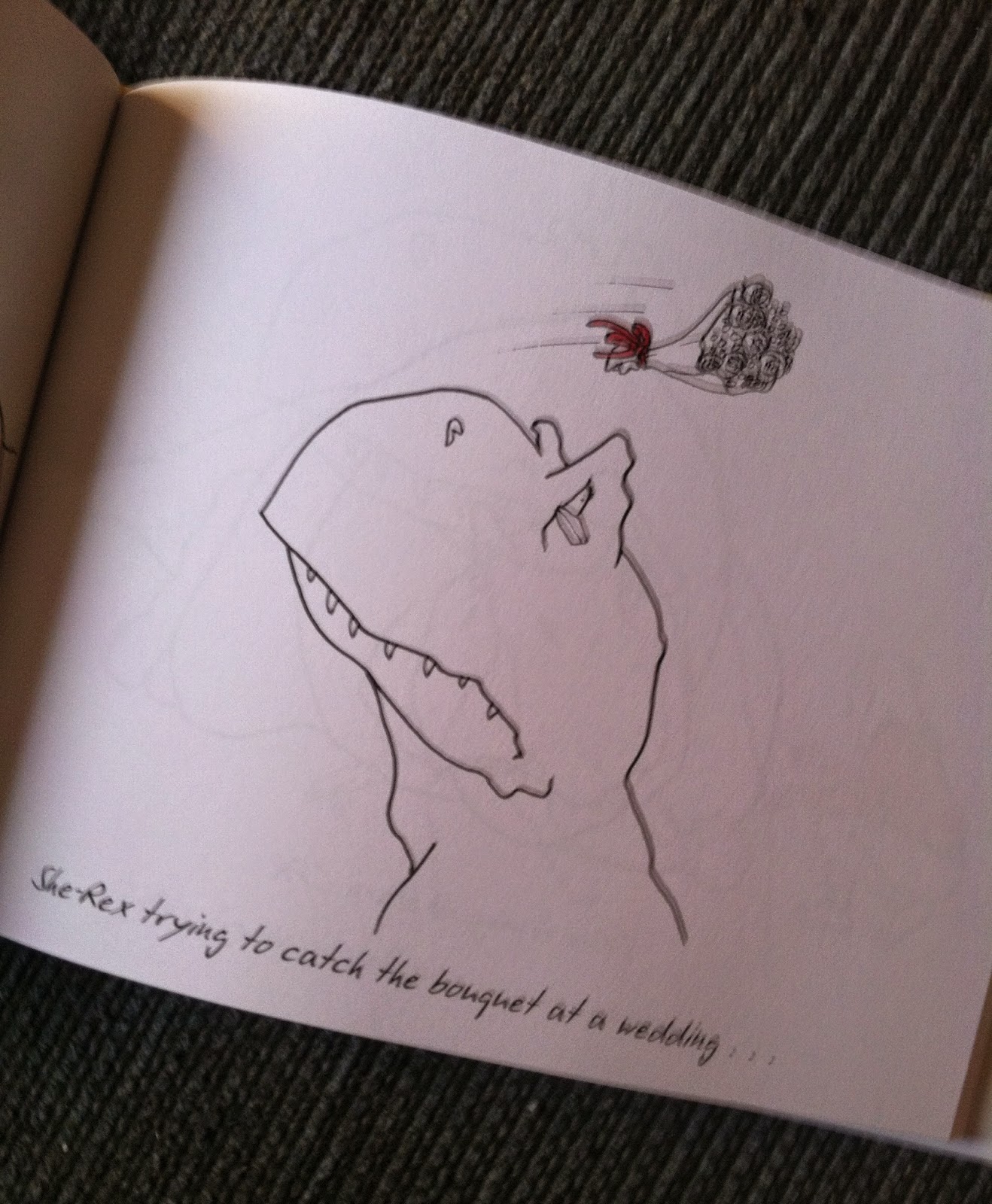 In the second book, T-REX TRYING AND TRYING (a Plume original, on sale October 7, 2014; $13), we find that the loveably unlucky Tyrannosaurus Rex family – T-Rex, She-Rex and Wee-Rex – are all tackling everyday dilemmas including:

What started out as an inside joke between creator Hugh Murphy and his brothers ballooned into a blog that has received millions of views and generated two books. T-REX TRYING AND TRYING features over one-hundred quirky illustrations of hilarious activities the family attempts that we humans take for granted. Readers young and old can’t help but laugh and feel sorry for the adorable T-Rex family.

My kids and I always joke about T-Rex arms especially when they are getting dressed and their arms are caught up in their shirts. It is the running joke in the house so we were so happy to review this book about all the jokes we never even though of when it came to the T-Rex and what they couldn't do.

In this book which is just some quick drawing on each page depicting a T-Rex trying to do something like push a wheel barrow or pick lint out of his belly button it would be obviously very difficult.

We just sat there reading and laughing about the poor T and his little bitty arms. Just more proof that God has a sense of humor.

The books mostly shows T-Rex but there is also a She-Rex and a Wee Rex but don't worry it doesn't get into how they made Wee Rex although T does try to spoon She and also tries to buy her lingerie so if this is not something you want to read to your kids, you have been warned.

My kids thought the book was really funny small are jokes aside; the T-Rex is shown to be a sensitive being and the drawings make him very expressive. It was his face that made us laugh sometimes. Awesome job Hugh Murphy


Entry-Form
Disclaimer: I received a complimentary copy for my honest opinion.