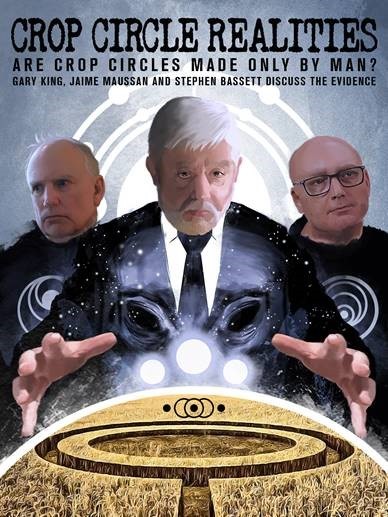 This phenomenon stretches far beyond the boundaries of England with over a thousand crop circles spanning the globe. Although there have been some claimants to come forward to take responsibility for the creation of some crop circles, this documentary seeks out the most incredible crop circle designs and a possible E.T connection to their making. Realities that some may never have been exposed to before in regards to the UFO and crop circle phenomena. Join Gary King (Renowned Crop Circle Researcher) and Stephen Bassett (Activist for Disclosure of ExtraTerrestrial contact suppression) to discuss the implications of these crop circles and the messages that they hold for mankind. Darcy Weir is available as well to discuss the making of this film and his research into the phenomenon.

Darcy Weir, Gary King, and Stephen Bassett are available for interviews regarding political disclosure, crop circles and the UFO/UAP events happening around the world in 2021. In the Spring of 2021 Stephen Bassett believes the public will be exposed to real congressional hearings about UFOs and you will have a chance to hear about his updates on this possibility where he lives and works on Capitol Hill in Washington, DC.