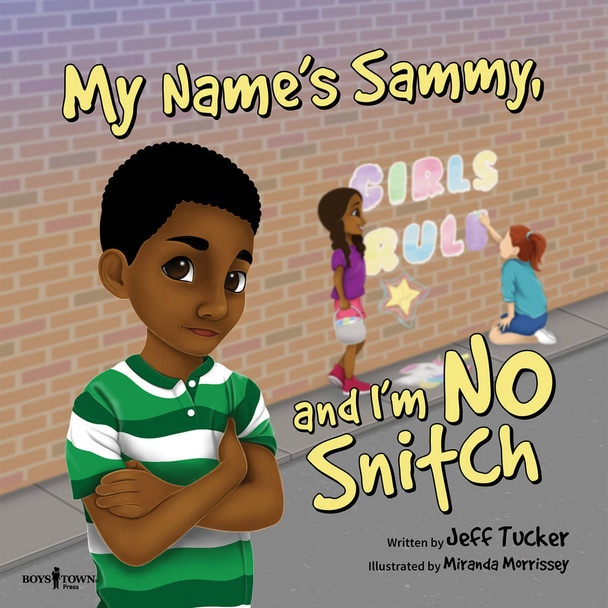 Sammy wants you to know he’s no blabbermouth. He’s no tattletale. No squealer or rat. He has one golden rule: he never snitches!

When Sammy catches his best bud Carlos sticking a wad of gooey gum under a desk, Sammy doesn’t spill the beans. When the meanest kid at the elementary school sneaks off with an extra cupcake, Sammy doesn’t tattle. When the school counselor shows up 10 minutes late, Sammy stays silent. After all, he’s no snitch and proud of it.

But Sammy becomes concerned when his friend is bullied by another student. Will he be able to stay tight-lipped when his best friend is called a crybaby and targeted for a beatdown after school? Sammy isn’t the only one who’s worried – he sees anxiety building in his friend too. Will the many “see something, say something” posters plastered in the hallways make Sammy rethink his attitude and report the threat?

My Name’s Sammy, and I’m No Snitch is a powerful tale for children in grades K through 5 about why it’s important to report dangerous behaviors, how to recognize the difference between snitching and reporting, and why asking adults for help is sometimes the safest thing to do. Tips for parents and educators are included at the end of the story to help teach children how to communicate and put their decision-making skills to use when it comes to distinguishing “snitching” and reporting potentially dangerous situations.

My Name Sammy, And I'm No Snitch is a must have for parents, caregivers, teachers and school administration. Everyone especially the school counselors or therapists need this book on their shelf. It teachers clear, situations to help children distinguish snitching and reporting!

Teaching kids that there is a difference between snitching and reporting is a hard concept and as a teacher I can tell you this is something all teachers talk about. There is always that one or two or three kids who feel a child isn't following the rules and it is their place to tell you. It makes them feel important but also as a parent of an Autistic child they need others to follow the rules because otherwise it messes with their "norm". My son was one that was always in conflict because he felt it was his place to let other kids know they were not following the rules. It made him a target and other kids don't like being called out. Now that he is older and understands it isn't his job to worry about anyone other than himself. I also have to press him about his social media. I want him to know that if he sees something that could get someone hurt it is his responsibility to say something. Truly a hard lesson! 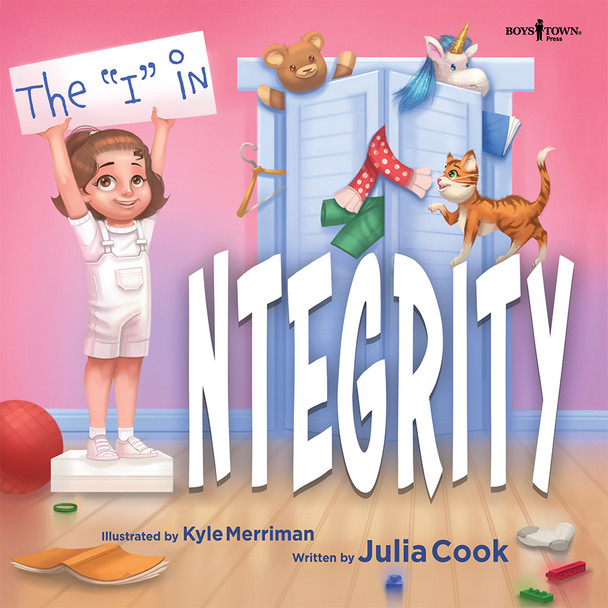 Cora June is back, and this time she's learning a thing or two about doing the right thing - even when no one is looking!

When Cora June half-heartedly cleans her room by taking a shortcut, Mom is quick to ask her about her integrity. Not really knowing what it means, Cora June assumes it's probably hidden under her bed, or in her closet.

She continues to school, where she cheats on a spelling test... impossible is a hard word to spell. Right? During her test, she finds that integrity pops up again. Again, it's probably under bed.

When Cora June learns what integrity means, she realizes that she can't find hers! Fortunately, her mom is there to help her put the I in integrity. Follow Cora June as she learns about her integrity, and see if she can use it to right what she did wrong.

Another hit for award-winning author and parenting expert Julia Cook, this book is part of The Leader I'll Be series and will teach children in grades K-5 the importance of self-reliance. Included at the end of the story are tips for parents and educators to help reinforce the values of honesty, honor, courage, authenticity, respect, responsibility, and restraint.

Teaching integrity is done in a genius way. What is integrity? Well Cora has no idea and I am sure many young readers won't know either but Julia Cook has a wonderful way of explaining it.  All little kids fib if it gets them what they want, makes their life easier or are just plain lazy but allowing them to see why it is not okay isn't easy. Being able to have faith in yourself, respect others as well as their selves and be empathetic to others as well as themselves is a very important lessons. Having good morals and values is something we have to teach by modeling. As a teacher I notice little things all day that allow me those teachable moments. Reinforcing positive behavior when children are kids, empathetic and honest is as important as catching the moments.

I loved this book and plan on loaning it out to the other classrooms in my school. The other teachers are going to love it!