Can You Hold Your Cards? Dropsy The Newest Card Game From Endless Games 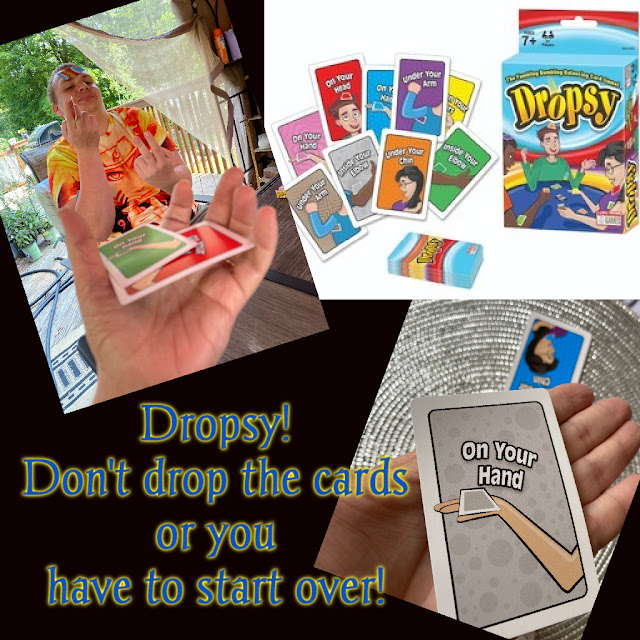 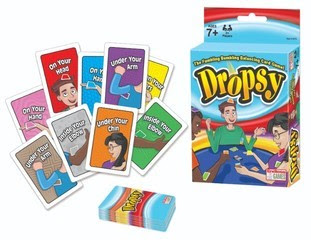 In this new game, all you have to do is get three of the same color. Sounds like a pretty simple card game, until Endless Games turned it into Dropsy, the game where players have to hold their cards in some unusual ways while trying to get their three-of-a-kind. 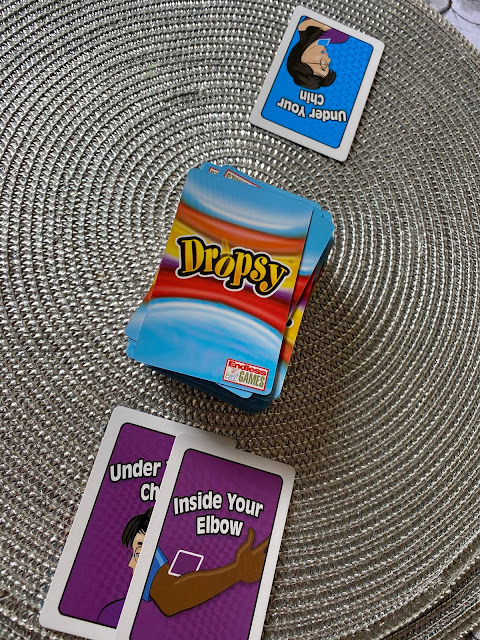 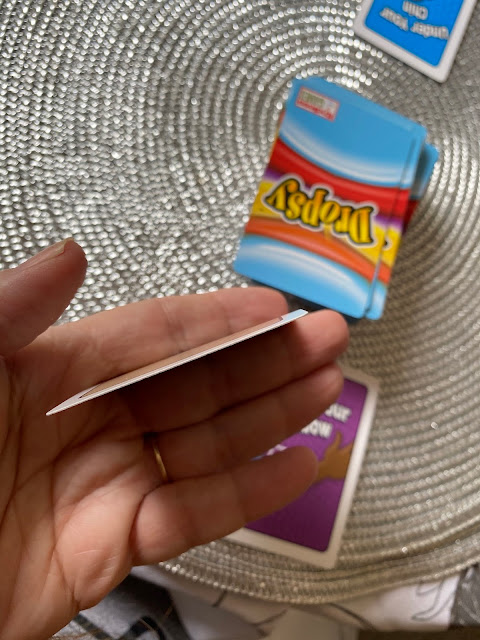 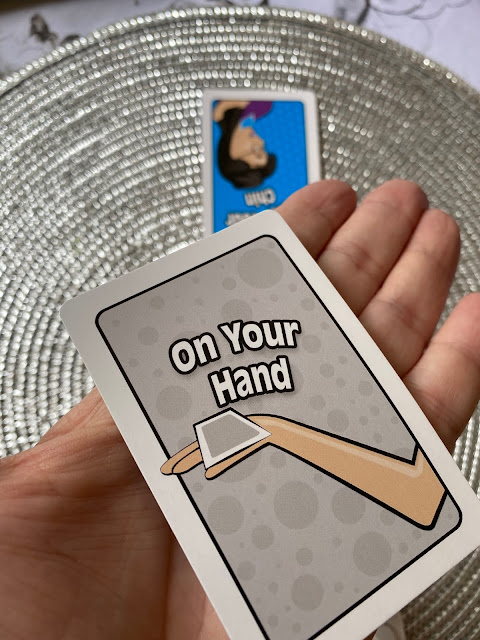 In Dropsy (MSRP $6.99 for 2 or more players 8+) players take turns drawing cards to try to get three of the same color. However, instead of discarding cards, players have to hold them in the manner directed on the card. Cards can command players to hold cards under their chins; on top of their heads; back of their hands; between their fingers; under their arms, and other odd positions. If a player "Dropsy" their cards, they have to start all over again trying to get the three-of-a-kind again. 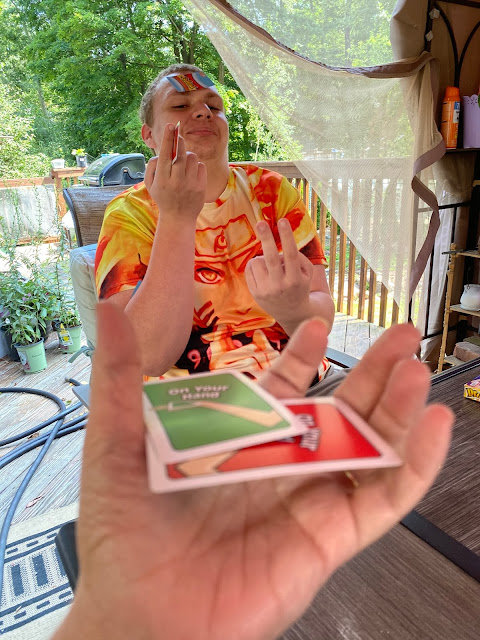 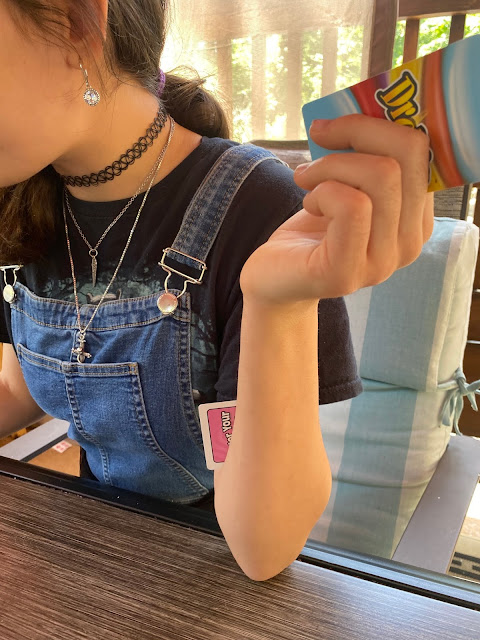 The silly new game, designed by renowned game inventor, Howard Tarnoff, was originally conceived in 2004 under the title, "Don't Drop Your Draws." Brian Turtle, VP of Sales and Marketing for Endless Games, explained, "The game went through some design and graphics changes since it was presented in 2004. We've made it a quick and easy, affordable game that can deliver fast laughter which is always our goal, but may be particularly beneficial to people right now."
Dropsy is one of the latest in Endless Games' line of cool card games that already includes Red Light Green Light 1-2-3, The Name 5 Card Game, Jeopardy! and Jeopardy! Jr. Card Games, and the Wheel of Fortune and Wheel of Fortune Junior Card Games.
The 411:
"OMG I am laughing so hard I am gonna die!" A direct quote from a player at my house.
Well lets start with that was different. We enjoy card games and this was a good time. My daughter's friend was over and he told me that his family played a lot of card games so we were excited to play with him.
Dropsy is fun because there is no discard pile. You are the discard pile and the card will tell you how you are to discard it. The goal is to be the first to have 3 of the same color cards which makes winning manageable BUT...as you get more cards on your body it gets harder to hold them.
Start with one pile of cards. Each player takes a card and puts it in front of them. This is your color. Get 3 of these and you are the winner. Sounds easy right?! Well  no because you need to discard everything that isn't that color. So since there isn't a discard pile you must read the card and place it wherever it tells you. Inside your elbow, under your chin, on your head, on your hand, etc. Our guest player told us that girls have a leg up because we can put the cards under our hair to secure them. He has very short hair and ended up just sticking the cards to his forehead with his sweet. He also told us that the cards may be stinky because he had to hold so many in his armpit. I never laughed so much. I told him this is not a first date game because when you place a card under your chin you get to showcase your third chin and that is not attractive!!!
Oh yeah...our guest player also said to be sure to look in the mirror on a hot day after playing because you will undoubtedly find a card stuck to the inside of your elbow so don't take that home!  We had a blast!  Great way to end the summer play dates before school starts.
About Endless Games : Founded by industry veterans Mike Gasser, Kevin McNulty and game inventor Brian Turtle, Endless Games specializes in games that offer classic entertainment and hours of fun at affordable prices.  The three have an uncanny ability for discovering and developing hit games, having been a part in past successes Trivial Pursuit

and Six Degrees of Kevin Bacon

. The general principle of Endless Games is to produce high quality entertainment in board games that are quick and easy to learn but offer “Endless” play value. This theme runs through the line of classic games like Kismet and Mancala as well as home versions of the TV game shows Card Sharks, Password, Wheel of Fortune and Jeopardy! Newer party games like AKA and That Was Awkward, and family games Name 5 and Everybody Knows also maintain this model for instantly addictive fun! The diverse talents and perspectives that our staff and partners bring to the development, manufacturing, sales and marketing for our business enables Endless Games deliver the best, quality products with universal appeal. From ages 4 to 104, Endless Games offers card games, party games, trivia games, family games, children’s games and pop culture games that engage and entertain all people. For additional information, visit www.endlessgames.com and interact with the company
on Facebook, Twitter, Pinterest, Instagram and YouTube.