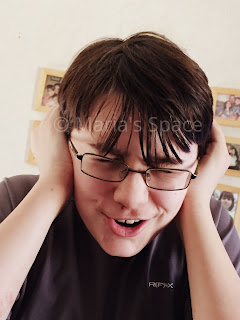 Adversity hits everyone at various points in adult life, whether it comes in the form of physical injury, sickness, loss of a loved one, loss of a job, a broken romance, financial problems, or a series of disappointments that don’t seem fair.

Many adults learn to adjust to adversity and become stronger from it. But how much harder is it for those who suffered severe events during their childhood? Medical professionals say Adverse Childhood Experiences (ACEs) — a term associated with a long study of traumatic experiences that occur to people under the age of 18 — have lasting negative impacts well into adulthood.

ACEs are estimated to afflict over 34 million U.S. children, and a comprehensive study published in JAMA Pediatrics found a quarter of adults had at least three adverse experiences in childhood, increasing their risk for heart disease, cancer, depression and substance abuse. The Centers for Disease Control and Prevention report that ACEs have been linked to chronic health conditions, risky behaviors, low life potential and early death.

“The long-term damage of childhood adversity is real and tragic, sometimes affecting people for the rest of their lives,” says Jennifer Lynch, an educator, child advocate and author of the children’s book Livi and Grace(www.jenniferlynchbooks.com). “It can hurt them in every aspect of their adult life, cause them to be far less than they could have been otherwise, and make them view themselves negatively and the world the same way.

“We need to create hope for children who have been through these awful experiences, and further, we need to realize that millions of adults are still carrying these traumatic memories and feelings with them. They, too, need hope and support to overcome.”

Lynch goes over three of the most traumatic childhood experiences that can affect adults long into their lives:

Abuse. Numerous studies detail how child abuse and neglect can affect individual development — psychological, behavioral, and physical. “Emotion processing, which enables social competence, can be severely affected into adulthood and make one feel like an outcast or misunderstood,” Lynch says. “Being mistreated as a child, it’s a long road to feeling accepted and even to knowing how to treat others.”

Bullying. Some young adults who were bullied as a child could have a greater risk of ongoing depression due to a mix of genetic and environmental factors,  according to a study from the University of Bristol. “As a result of bullying, depression, lack of confidence, and isolation can strike hard in the teen years, but certainly it can get worse over the long haul if the bullying experiences are buried,” Lynch says. “And then there’s evidence that those who were bullied as youths become bullies themselves as adults.”

Separation from parents. This has become a big topic due to migrant detentions on the U.S.-Mexico border. “It’s been shown time and again, and especially now — separating kids from their parents is detrimental to their health, mentally and physically,” Lynch says. “A parent who’s routinely there for a child buffers them, but separate the parent and child for a prolonged period and the child’s brain is in danger of not developing properly. They’re vulnerable to depression, substance abuse, and anxiety.”

“These unfortunate things that happen to so many children can cause them to live in shame and to do so for the rest of their adult lives,” Lynch says. “But the past does not define who they are or who they can become.”

About Jennifer Lynch
Jennifer Lynch, author of the children’s book Livi and Grace (www.jenniferlynchbooks.com), is an educator and child advocate who serves as a guardian ad litem, a person appointed to represent a child’s interests in a court case. She has worked as a special education teacher for an elementary school and as a preschool teacher. In addition, Lynch created the You Are Good brand of T-shirts and other products for sale and for donations. Thousands of the shirts have been donated to children and teenagers in the system. She holds a bachelor’s degree in psychology from Texas A&M University.