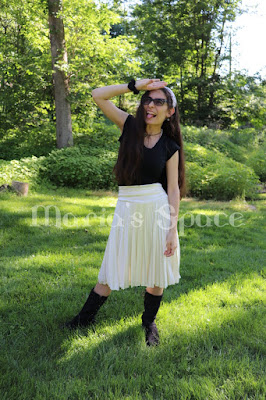 Some small children don’t care what anyone thinks about them.

Somewhere along the line, though, most children long to fit in and begin to worry that their differences make them stand out – and not in a good way. So, they try to conform to what they perceive their peers or society expect from them.

“Unfortunately, in the process they begin to hide what makes them unique instead of embracing it,” says Jennifer Lynch, an educator, child advocate and author of the children’s book Livi and Grace (www.jenniferlynchbooks.com).

“They become embarrassed or sad about their differences, maybe feel that people think they are strange, and that other kids won’t like them or won’t play with them. And in truth, other children sometimes will bully a child who is seen as different.”

Lynch has served as an advocate for children in the court system, foster care and treatment facilities. In working with those children, many of whom are abused or neglected, she says, you often have to help them overcome their insecurities about their differences.

“It’s important for them and all children to believe in themselves,” she says. “They need to understand that different is okay. It’s our differences that make us special.”

This message is so universally important, Lynch says, that it became the theme of her children’s book, which is based on her daughters and their distinct personalities.

“My two girls are so unlike one another that it’s almost shocking,” she says. “It made me think back to the children I encounter in the court system who say they dislike or even hate themselves because they feel different from their peers or their siblings.”

Lynch says some of the ways parents or other adults can help children include:

Remind them that differences make people special. While it’s natural for children to long to fit in with their peers, Lynch says, it’s also important for them to understand that their individuality is what makes them unique. “Differences are interesting and life enriching,” she says. “Part of the message is that you should appreciate the diverse traits in everyone you know, and also appreciate what makes you special.”

Talk to them about the ways in which they shine. “Kids like talking about themselves,” Lynch says. “So get them involved in a conversation about what they are good at. Maybe that is sports. Maybe it is writing. Maybe they make good grades or they are a good big brother or friend. Whatever their special talent is, explore it with them so they know that there is something they do well.”

Encourage them to help other kids feel good about themselves. Young people can feel empowered not only by embracing their differences, but also by providing support and being a friend to others who are different.
“When you help a child pick out positive things about themselves,” Lynch says, “they begin to focus on that, not the hurtful things that weigh so heavy on their hearts and minds.”

About Jennifer Lynch
Jennifer Lynch, author of the children’s book Livi and Grace(www.jenniferlynchbooks.com), is an educator and child advocate who serves as a guardian ad litem, a person appointed to represent a child’s interests in a court case. She has worked as a special education teacher for an elementary school and as a preschool teacher. In addition, Lynch created the You Are Good brand of T-shirts and other products for sale and for donations. Thousands of the shirts have been donated to children and teenagers in the system. She holds a bachelor’s degree in psychology from Texas A&M University.