Nancy Drew and the Hidden Staircase, an all-new film coming to theaters on March 15 from Warner Bros., Ellen DeGeneres’ A Very Good Production and Red 56, features a wide array of new and notable acting talent, ranging from up-and-coming starlets to true acting royalty. 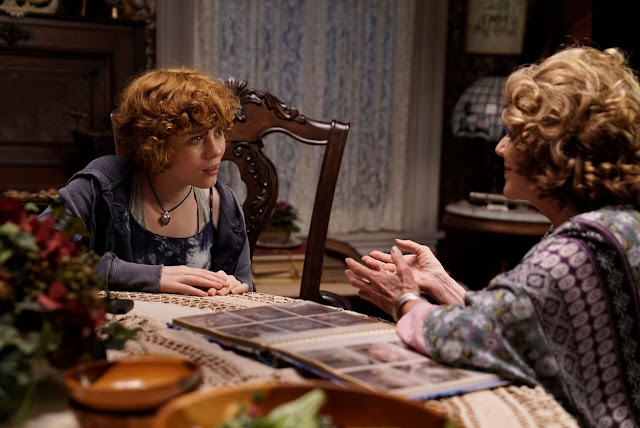 The film centers on the origin story of young sleuth Nancy Drew (Sophia Lillis) investigating her first true mystery – the haunting of the home of her friend’s Aunt Flora (Linda Lavin). 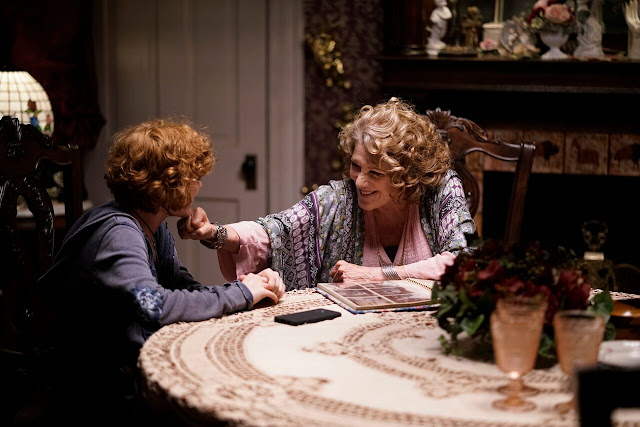 Lillis, the breakout star of the blockbuster film It, admirably fills the role of the iconic Nancy Drew, a centerpiece of Americana in literature, film, television and videogames for nearly 90 years. Filming Nancy Drew and the Hidden Staircase between working noteworthy roles in HBO’s Sharp Objects and the It sequel, Lillis embodies the 16-year-old sleuth in this all-new action-adventure that captures the intrigue and entertainment that have made Nancy Drew an inspiration to readers & viewers since her first appearance in 1930.

Lillis & Lavin work side-by-side in the film as the Nancy tries to solve the mystery of the haunting of the Aunt Flora’s home, and each praises the other’s work as both inspiring and influential in their performances.

“One of my favorite relationships in the film is between Nancy Drew and Aunt Flora,” Lillis says. “They both love adventure and mystery, they’re both independent, and they both know how to deal with obstacles and work through them. I think they see a lot of themselves in each other, and it’s a very endearing relationship.”

“Linda is very funny in her own way, too – she’s kind of like her character in the way she helps the girls grow and learn and really understand how special life is,” adds Lillis. “She’s very giving as an actress. Having these dialogues, working off each other, was one of the greatest experiences I’ve had as an actress. I’ve learned a lot from her, and I hope I can work with her again.”

“The relationship between Flora and Nancy develops quickly because it’s so honest and connective – they see so much of each other in one another – and that’s how it‘s been working with Sophia,” Lavin says. “Sophia couldn’t be more perfect as Nancy. She has such spunk and savvy. That presence, that smile, the realness of her. She’s present and alive in the moment. She‘s bright and comfortable, and full of promise. It’s been wonderful working with Sophia.”

Moviegoers can see this inspiring relationship blossom when Nancy Drew and the Hidden Staircase arrives in theaters on March 15, 2019.