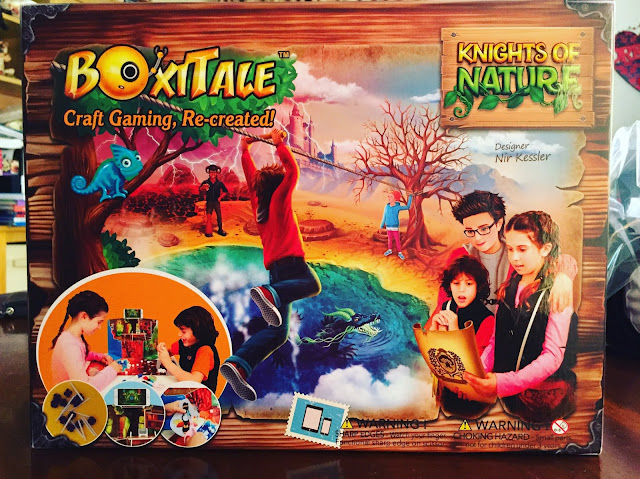 Imagine blasting off in a galactic universe and investigating the existence of an unknown space station found on an asteroid near Venus. Upon arriving you realize that the space station needs your help to save the earth. Through your cutting, pasting, taping, and coloring, you too can save all mankind!


BoxiTale brings stories to life on smartphone or tablet and allows children use their crafting skills on the gameboard. 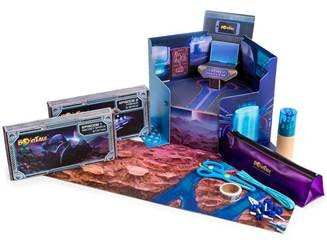 Akibabus Ltd has launched Boxitale, a unique gaming concept that blends craft-based imaginative play with digital technology for an immersive story-based experience that is streamed on a tablet or smartphone and solved on a board game.

Available now through Amazon.com, BoxiTale is also available to retailers for immediate orders. In addition, Akibabus has partnered with Publisher Services, Inc. (PSI), a leading supplier of quality games, toys, books, and collectibles for retail distribution.

The BoxiTale stories lead players into original, animated adventures where they are the heroes, building, designing and solving the challenges presented to them in the story as they try to save the day. Once the player’s design is ready on the board, they take a picture of it and upload it using the BoxiTale app; the picture is reflected in the story.  BoxiTale stories available now include Knights of Nature, Elite Explorers (each $39.90), and Boxitale – Mini Stories ($20.00). Additional stories are available through in-app purchases.  More stories will be released in 2019.

“Boxitale is a game kids and parents alike will love and we are excited to be releasing it now in the North American market,” said Nir Kessler, CEO and Founder, Akibabus LTD.   “The BoxiTale combination of technology, logic, crafting and gaming is unique and will stand out in the marketplace.”

About Akibabus Ltd.
An Israeli start-up launched in 2016 by Nir Kessler, Akibabus Ltd, the owner of BoxiTale, is a game publishing company with a unique and interactive gaming concept that re-defines creative craft gaming.

The best part of this game was that we were literally unplugged so much so that I didn't take any video of us even playing it for the sake of this review. I was so engrossed in playing with the kid and involved that my thought was never in picking up the phone to film.  I should have set a camera up on a tripod and just filmed us to use. Next time.

There is a little assembly required which didn't take us long at all once we got going. While my daughter was working on that I was downloading the app and getting us ready to play. There are story boxes that come with the game and others that you can purchase later that move that story segment along. The game came with 2 story boxes with each one taking about 45 minutes.

We selected a character to use from a drawer of toys. It ended up being Dr. Heinz Doofenshmirtz from Phineas and Ferb. We thought it was pretty funny. 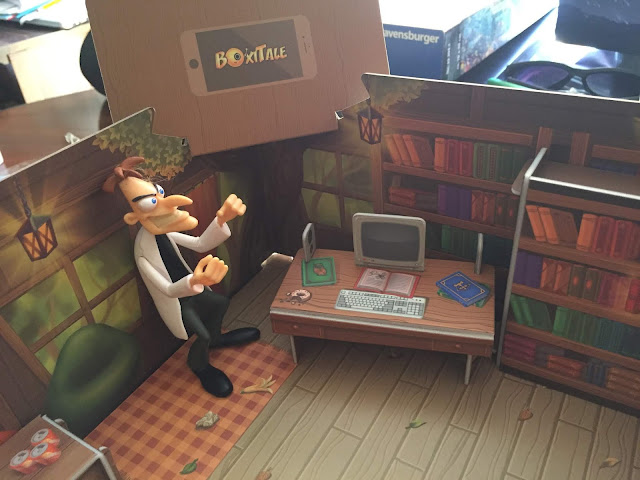 We loved playing and snapping pics along the way as requested by the app. At the end of your segment you get to see all of the shots.

It was fun and together we watched the animation that moved the story along and told us what do next. We worked to create a ladder, zip line, worked on a puzzle, created a costume and more and solve the challenge to end the game.

Goddess and I highly recommend this game for families. It was a blast, there is no rule book or instructions and I can't wait to play the next box now that we are officially on Summer Vacation.