A Must Have For Your Family - The World Almanac 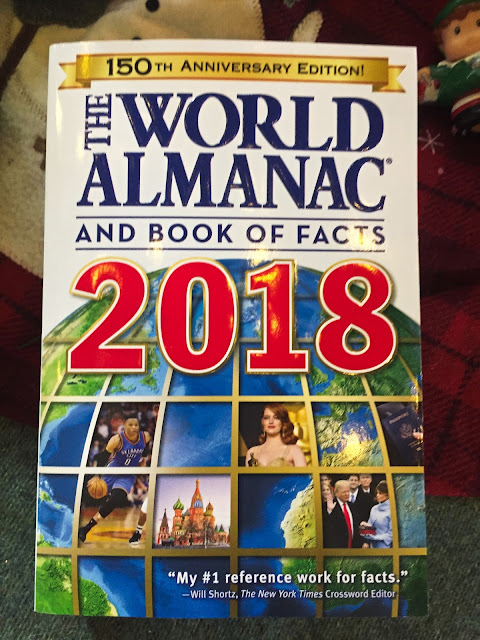 Features to look forward to include:

My husband sees a lot of books come into this house. I love reading and get a ton from the library, book stores, tag sales and reviews. He doesn't even notice them. This came in and he sat on the couch and took it with him looking through it for two days. After he was done he stated that this should go under the Christmas tree so that everyone has a chance to look at it. I thought it was so cute. He thought it was special and put it under the tree next to our nativity set and the first wrapped gift.

The World Almanac is a book with both separately enjoyed reading when we were younger and even with the internet, there is nothing like flipping through this book of information. There are no distractions of websites, or notifications popping up when you sit and read a book.

If you are looking for a gift for your family this year, think about The World Almanac.