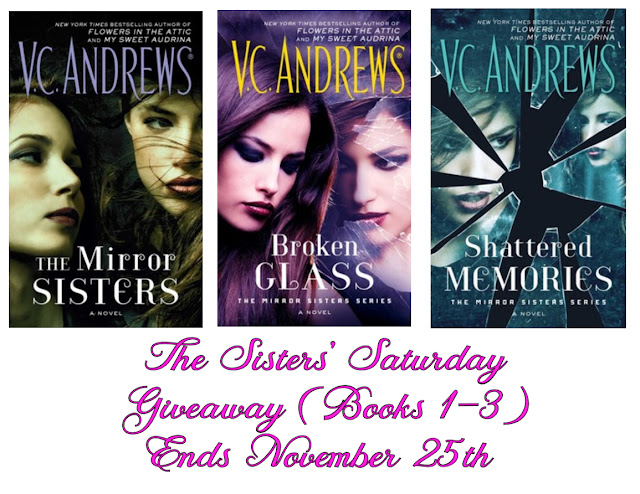 About The Book:
From the New York Times bestselling author of the Flowers in the Attic and My Sweet Audrina series, which have become Lifetime movies in 2014-2016, V.C. Andrews® unveils theTHE MIRROR SISTERS—a riveting start to a new series about the saga of identical twin sisters tortured by their perfectionist mother to become more and more alike—until one of them snaps. ALIKE IN EVERY SINGLE WAY . . . WITH ONE DARK EXCEPTION. Because they’re identical twins, their mother insists that everything about them be identical: their clothes, their toys, their friends . . . the number of letters in their names, Haylee Blossom Fitzgerald and Kaylee Blossom Fitzgerald. If one gets a hug, the other must, too. If one gets punished, the other must be, too. Homeschooled at an early age, when the girls attend a real high school they find little ways to highlight the differences between them. But when Haylee runs headfirst into the dating scene, both sisters are thrust into a world their mother never prepared them for—causing one twin to pursue the ultimate independence. The dark disparity between the two girls may spell the difference between life . . . and a fate worse than death. 
About The Book:
One night, in the darkness of a movie theater, Haylee reveals that she’s leaving to meet up with someone she knows from online. But suddenly feeling ill, and not wanting to disappoint this older man, she convinces Kaylee to go as her instead. He’ll never know, and this way he won’t think she stood him up. Kaylee reluctantly agrees to go, but when the credits roll and she’s nowhere to be found, Haylee confesses everything to her mom. With the manhunt on, Haylee knows everything must be done to find her sister. Still, for the first time in her life, she’s free from her twin, which, really, isn’t so bad . . . is it? 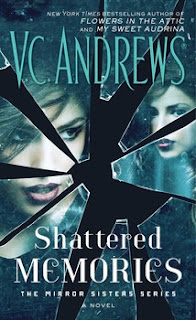 In this finale of the darkly gothic Mirror Sisters trilogy, one twin fears her reunion with sister dearest—from the legendary New York Times bestselling author of Flowers in the Attic and My Sweet Audrina (now Lifetime movies). For fans of Ruth Ware (The Woman in Cabin 10) and Liane Moriarty (Big Little Lies).

As identical twins, Haylee and Kaylee Fitzgerald have always done things in exactly the same way. Under their mother’s guidance their every outfit, every meal, and every thought was identical.

But now things are different.

With Kaylee back at home after her sister's betrayal, her life has been turned inside out. Both her mother and Haylee are away and Kaylee’s alone and more lost than ever. Her father suggests going to a new school where she can have a fresh start, and where no one will know about her dark past. But if Kaylee knows her sister at all, she knows that her twin isn’t through with her yet

One of the most popular authors of all time, V.C. Andrews has been a bestselling phenomenon since the publication of Flowers in the Attic, first in the renowned Dollanganger family series, which includes Petals on the Wind, If There Be Thorns, Seeds of Yesterday, and Garden of Shadows. The family saga continues with Christopher’s Diary: Secrets of Foxworth, Christopher’s Diary: Echoes of Dollanganger, and Secret Brother.  V.C. Andrews has written more than seventy novels, which have sold over 106 million copies worldwide and have been translated into twenty-five foreign languages. Join the conversation about the world of V.C. Andrews at Facebook.com/OfficialVCAndrews.

Sisters’ Saturday Giveaway:
Enter to win the complete Mirror Sisters Series, Books 1-3! You can enter with the participating blogs below, but you can only win once! U.S. only please.

The winner will be announced on Saturday, November 18th!

Disclaimer: I received complimentary books for my honest opinion. No monetary compensation was offered.