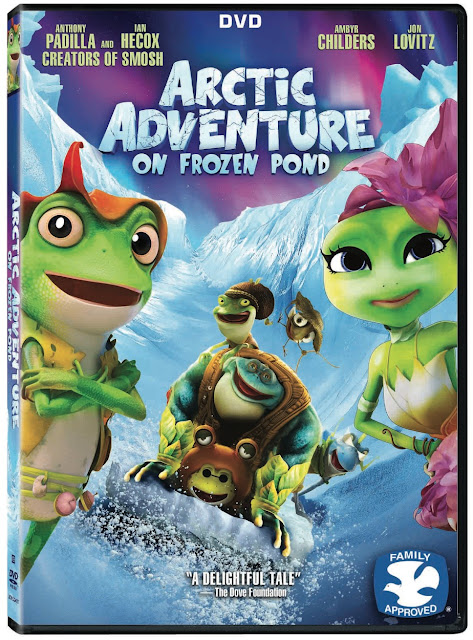 PROGRAM DESCRIPTION
SMOSH’s Anthony Padilla and Ian Hecox, the comedy duo from the highly popular YouTube channel with over 6.1 billion video views to date, star in the animated motion picture Arctic Adventure: On Frozen Pond, releasing on DVD, Digital HD and On Demand April 18 from Lionsgate. Join the frog warriors (Padilla and Hecox) and the frog princess (Ambyr Childers) as they embark on a mission to save legendary warrior Crystal Frog in a family-friendly story full of mystery and fun. The film has been dubbed “a delightful tale” by the Dove Foundation, and has been awarded the Dove Family Seal of Approval. The Arctic Adventure: On Frozen Pond DVD will include an exclusive featurette titled “Giving the Characters a Voice: At the Recording Studio with Anthony Padilla and Ian Hecox (creators of SMOSH), Ambyr Childers, and Jon Lovitz” when it hits the shelves for the suggested retail price of $19.98.

OFFICIAL SYNOPSIS
Anthony Padilla and Ian Hecox (YouTube’s SMOSH) join Jon Lovitz (Hotel Transylvania) in this hilarious tale of brave frogs on a bold quest. For centuries, the Crystal Frog has protected the Frog Kingdom with its magic. But when sneaky One-Eye (Hecox) plots to steal the artifact and become King, it’s up to Freddy (Padilla) and the Frog Princess to make the arduous trek to the Holy Land. Through forest, desert, river rapids, and icy caverns, the bravery of the frozen warriors keeps this colorful saga hopping. 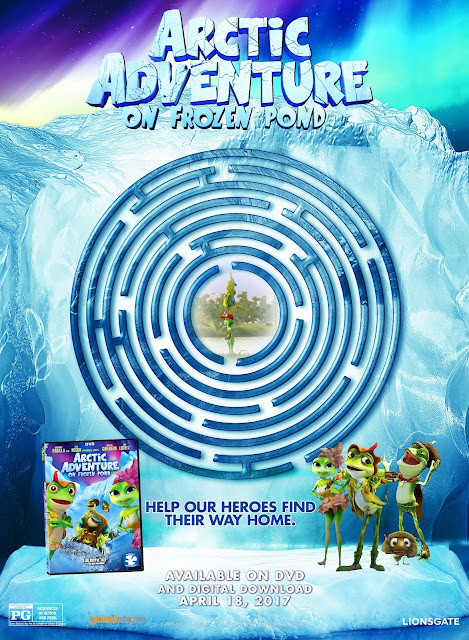