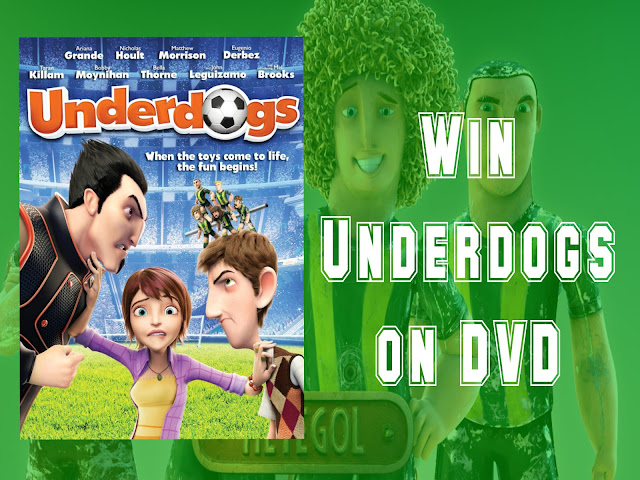 Featuring the Voice Talent of Ariana Grande and Matthew Morrison in the Animated Family Comedy Available on DVD, Digital HD and On Demand NOW

Underdogs follows Jake (Morrison), a shy, but talented, foosball player. His passion for the game is rivaled only by his love for free-spirited Laura (Ariana Grande). With her encouragement, he beats the town bully, Ace (Nicholas Hoult), in a foosball game. But everything changes when Ace becomes the world’s best soccer player and returns years later to turn their village into a new sports stadium. He starts to destroy everything and kidnaps Laura in the process. Just when it looks like all hope is lost, the toy figures from Jake’s foosball table come to life! He and the players embark on a wild adventure to save Laura and reclaim their village. With the help of his team, his town, and a little bit of magic, Jake will try to save the day.

If you haven't see Underdogs yet, we highly recommend it.

Underdogs is truly an uplifting and fun movie for the whole family. Who hasn't felt like an underdog at least once in their life. In this case it is Jake. While Jake may not be the popular kid he is really really good at foosball and proves it to some bullies especially head bully Ace who never quite forgot about Jake's win. Fast forward a few years and Ace is now the owner of their hometown and Jake must do what he can to save it and he won't do it alone because no one gets by without a little help from their friends.  This is when the movie gets really good!  I found the movie entertaining and think that it has just enough humor to keep everything light and moving. There were a few plot holes but for a family friendly movie this can all be overlooked. 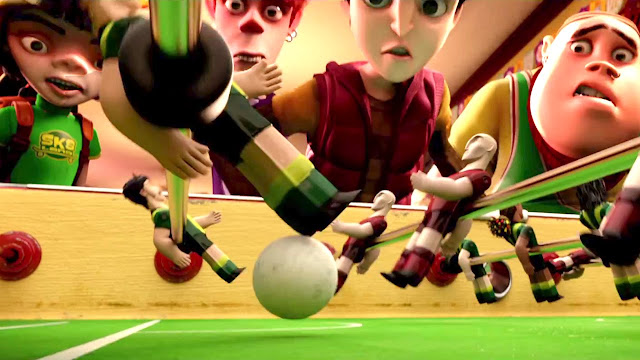 You and your kids will love this movie!

To order your own copy