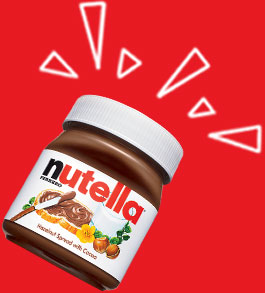 Starting Monday (September 21), Nutella fanatics nationwide can enter for a chance to win the title of Chief Nutella® Ambassador – a.k.a America’s Biggest Nutella Fan – and get unprecedented access to the brand and chance to help host next year’s World Nutella Day celebrations. This is a delicious opportunity your readers won’t want to miss out on!

Email ThisBlogThis!Share to TwitterShare to FacebookShare to Pinterest
Labels: contest