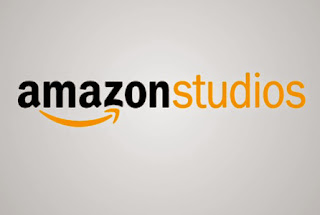 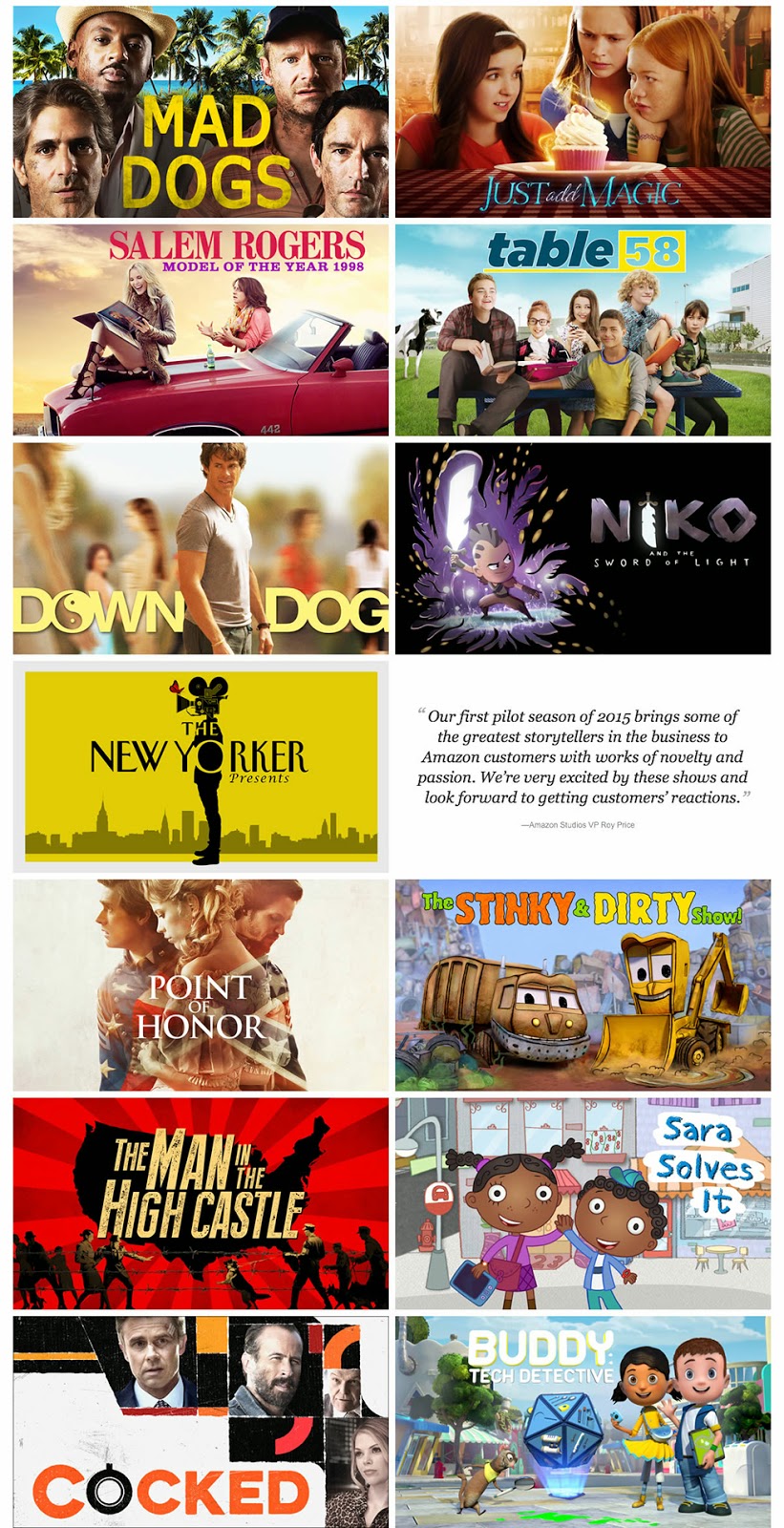 I received Amazon Fire TV for Christmas this year from my niece and couldn't be happier. There is so much to watch and this month has totally rocked especially when it comes to some of the Amazon Original Pilots that are airing for kids.

Over our past few icy weekends I watched a few great shows that are completely family friendly and when I use the term family friendly, I mean it isn't so KID formatted that you won't love it too!

Some of the best so far have been: 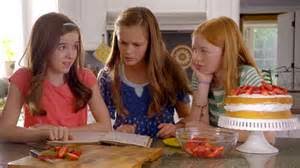 Just Add Magic - which is based on the Cindy Callahan book by the same title.

This series is about a girl named Kelly and her two friend Darbie and Hannah. While running into the attic Kelly finds her grandmother's old cookbook. The first recipe they make is called  Shut'em Up Shortcake and they need a special ingredient which they get from a very interesting woman at a spice shop. The next thing you know Kelly's little brother and Hannah (Disney fans will remember her from the Fresh Beat Band and Sam and Cat. Oh she is also young Flo in the Geico Commercials) can't speak. Their mouths are moving but nothing is coming out. The girls quickly deduce that this is because they both ate the cake.  Things are going to hell in a hand basket with Darbie hurting her ankle and not being able to stop talking and Grandma coming out of her stupor to tell Kelly not to use the cookbook (in so many words)

The girls quickly learn that Kelly needs to do nice things in order to make things right with the world. With magic comes great responsibility!

The girls are adorable. They support each other as friends do and the series is well done. It is totally age appropriate and I have high hopes for it! Great writing! Great show! Please let it run at least two seasons!

I am interested in the mystery of the cookbook, where it came from and to find out if Grandma is actually under a spell due to the book.

We can't wait for the second episode. 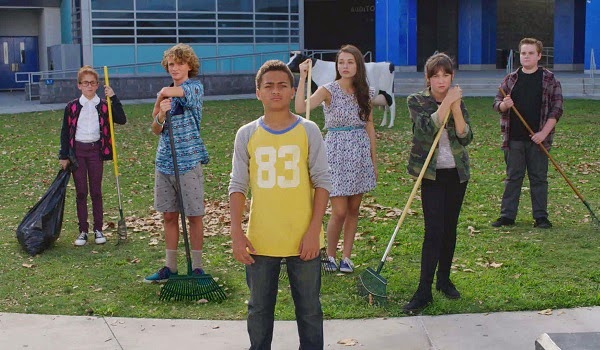 For children ages 6-11 - Table 58 is the odd table in the lunchroom, made up of kids from all different social cliques. When new kid Logan moves to town, he rallies the mismatched group together and they form an unexpected friendship. Table 58 is a single-camera live-action pilot written by May Chan (Phineas & Ferb) and directed by Gil Junger (10 Things I Hate About You, Greek).

Adorable Logan is the new kid in town and is having trouble fitting in. This school has definite clique issues and he quickly learns that he is a misfit and must sit with the other misfits although I am unsure as to why the kids at this table have been deemed misfits by the rest of the school. They seem as cool as anyone else.  Everyone has their pluses and they work well together to help each other out. Isn't that what friendship is all about?!

It is such a good show! I love how I felt like I was watching Square Pegs mixed with The Breakfast Club and a touch of Freaks and Geeks. I especially love the writing and the actors. I see big things for all involved in this. Totally a family friendly show that will have kids rooting for them and parents reminiscing.

Praying this gets picked up for more seasons.

From the Emmy-nominated makers of This is Daniel Cook, Are we there yet?: World Adventure, and Dino Dan, ANNEDROIDS is a new live-action/CGI blended series that follows the adventures of Anne, a budding scientist, who builds robots to help her perform experiments.

Annedroids is the story of genius scientist Anne (Addison Holley), her friends Nick (Jadiel Dowlin) and Shania (Adrianna Di Liello), and her android creations Hand, Eyes and Pal (Millie Davis) as they embark on the biggest experiment of them all: growing up.

Annedroids features photo-real CGI android characters in a gritty live action world. It's a series that celebrates science, technology, engineering and math and does it all through the lens of an 11-year old girl. There's nothing Anne likes more than getting her hands dirty to make things, breaking things apart to see how they work, and mixing things together to see that happens. Anne takes the stereotype of a typical tween girl and busts it right open.

Anne likes to push the boundaries of whats scientifically possible. This is a girl whos built three androids on her own: PAL, who is fascinated by everything and loves asking questions; EYES, whose ability to see things from all angles can get him into trouble; and HAND, whos strong and dependable but a little bit clumsy. Annes experiments always lead to unforeseen complications, hijinks and misadventures. And thats where Annes assistants Nick and Shania come in Nick and Shania have an uncanny way of figuring out the real life solutions to Annes scientific problems. Needless to say, when Anne, Nick, Shania and the androids work together, the results are far from predictable.

Annedroids defies boundaries, breaks down barriers and starts conversations but, even beyond all that, it's an exciting, entertaining, enlightening and educational series which the whole family will enjoy.

This is truly a great show about a genius, recluse named Anne who lives with her scientist dad in what appears to be a junk yard.

New kid in town Nick who lives with his mother wanders in to retrieve his ball and finds Anne and her inventions working on bringing PAL to life.

Talkative Shania also gets in on the action and soon these new friends are learning everything Anne can teach them on science.

I sincerely love this show. It is wonderfully done and the perfect kid show. I love how smart they make these kids and how Anne is a smart girl who isn't afraid to be smart. It used to anger me when characters in movies dumbed themselves down so people wouldn't know how smart they are. Ugh..not Anne! She is truly a wiz!

There are even educational overviews on the Annedroids website for those who want to read more into the show!

Truly fantastic role models for today's kids with some great robotic special effects! FYI, you don't even need to watch with a kid.