On October 15th I wrote about the Modern Family Themed Fall Activity Day that was to occur in Times Square on the 19th. I would have done anything to be there but unfortunately my life isn't conducive to a trip to the city without months of prep. However, many did enjoy a day in the family themed fall event. Here is a link for some photos posted on Flickr. 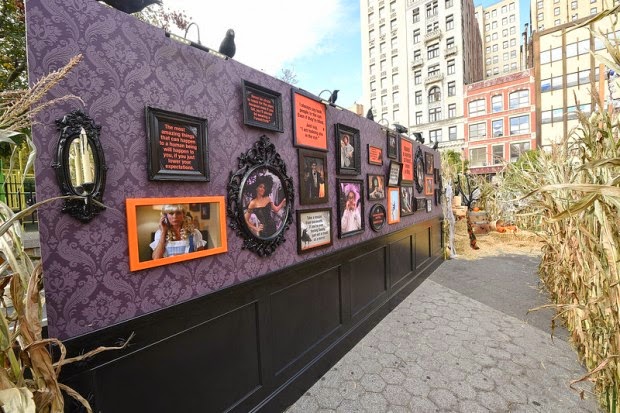 Me and my friends are huge fans of Modern Family. Whether you are a fan of Cam, Phil, Gloria or one of the other amazing characters on Modern Family this show is one of the best on TV. If you didn't know already, Modern Family can be seen nightly in syndication. Check your local listings for the channels and times.

If you have not checked out this cult classic yet here is why you should: Modern Family is the  recipient of a record five consecutive Emmy Awards for Outstanding Comedy Series, tying the Emmy record previous set by “Frasier,” and a Golden Globe Award for Best Comedy Television Series, “Modern Family” returns to the ABC Television Network for its sixth season. It has a great cast and the characters are all charming on their own as well. It is hard to pick a favorite. I have at least three.

I am thrilled to be able to offer one of my readers the chance to  receive their own Modern Family Swag Bag like the one I got. 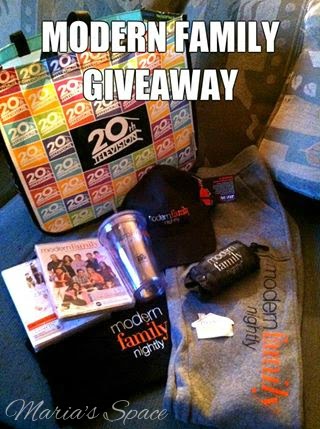 The bag is valued at $200 and if filled with a ton of Modern Family treats to trick you out in support of your favorite show. 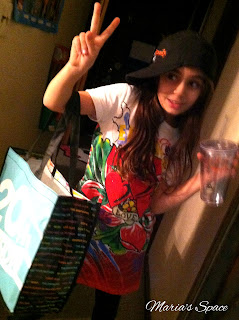 The Bag, Hat and Cup 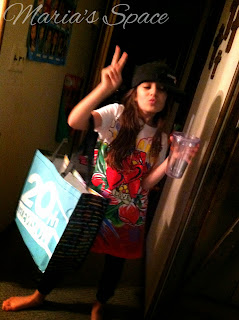 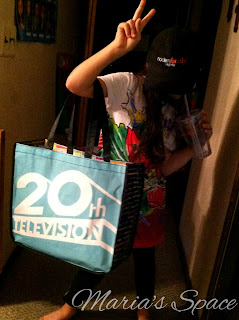 AND she informed me that she is NOT giving the hat back. 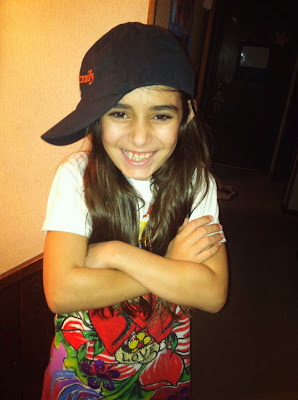 If you love Modern Family, please enter the Giveaway Tool below for your chance to win.

Entry-Form
Disclaimer: No monetary compensation was offered. I received a complimentary bag. This is a US only Giveaway! 18 years or older only please.