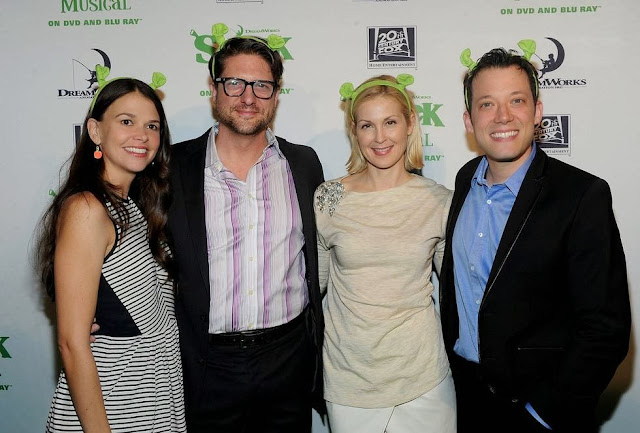 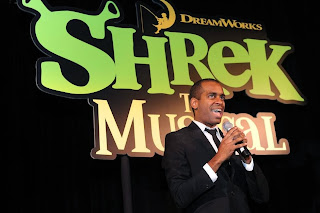 Featuring a fantastic score of 17 all-new songs, Shrek The Musical was filmed on stage to capture the magic of a Broadway performance and stars an amazing celebrated cast. The film was shot live on Broadway with 10 cameras and directed by Michael Warren. Now you can bring the magic of Broadway to your home and get the best seat in the house with Deluxe Edition Blu-ray™ and DVD out now.

We haven't seen it yet but it is sitting here on my desk waiting for Sunday. Have you seen it yet? 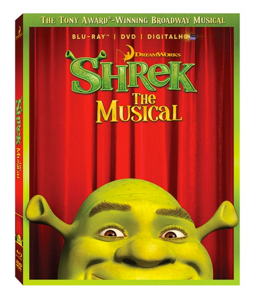 LOS ANGELES (Oct. 10, 2013) – DreamWorks Animation and Twentieth Century Fox Home Entertainment announced today a $50,000 donation to the National Association for Music Education (NAfME), a non-profit organization whose mission is to support school music and arts programs. In celebration of the soon to be released Blu-ray and DVD of the Tony Award® winning production of Shrek the Musical, the donation will be used to create five $10,000 grants to help save music and arts programs in schools. Schools are invited to enter starting today to receive a grant for their school music program at www.ShrekDay.com. All entries must be received by October 31, 2013 and following a random drawing, five schools will be announced as winners on November 4, 2013.

“Music is an essential part of every student’s educational experience; it teaches cooperation, collaboration, creativity, and communication. It is important to support school music programs so children can enjoy the lifelong benefits of music study,” said Michael A. Butera, executive director, National Association for Music Education and Give a Note Foundation. “Shrek the Musical tells a story of love, friendship and finding your true self. The fact that the story is enhanced by music demonstrates the true power of musical expression. We’re very grateful to DreamWorks Animation and Twentieth Century Fox Home Entertainment for their support and generosity.”

“We are proud that our live theater experience can give back to the educational community through this grant program,” said Bill Damaschke, Chief Creative Officer at DreamWorks Animation who also served as the producer of the Broadway show. “Full of high energy and fun, Shrek The Musical is a great introduction for kids to experience the magic of live theatre. The Shrek franchise continues to entertain audiences in a number of different ways.”

About The National Association for Music Education
National Association for Music Education, among the world’s largest arts education organizations, is the only association that addresses all aspects of music education.  NAfME advocates at the local, state, and national levels; provides resources for teachers, parents, and administrators; hosts professional development events; and offers a variety of opportunities for students and teachers.  The Association orchestrates success for millions of students nationwide and has supported music educators at all teaching levels for more than a century.  With more than 70,000 members, the organization is the voice of music education in the United States. In 2011, NAfME established the Give a Note Foundation to bring together business leaders and everyone who cares about music education to work to establish and grow music education programs for underserved students across the United States.