A SUPER SHY PUP INADVERTENTLY ENDS UP
ON A CAMPING TRIP WITH THE “HIGH ENERGY SCOUTS,”
ON “POUND PUPPIES,” SEPT. 21 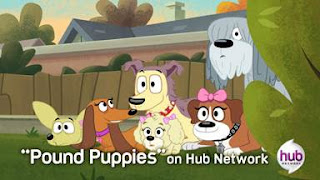 “No More S’Mores” — Pup Millard is so shy that he’s too scared to even get adopted. So when he accidentally ends up on a camping trip with the High Energy Scouts, the Pound Puppies hope they can find his perfect person and escape before the scouts overwhelm Millard completely, on “Pound Puppies,” Saturday, September 21 at 9:30 a.m. ET/ 6:30 a.m. PT on the Hub Network.