Walmart Is Your One Stop Shop for Chipmunks Stuff!! 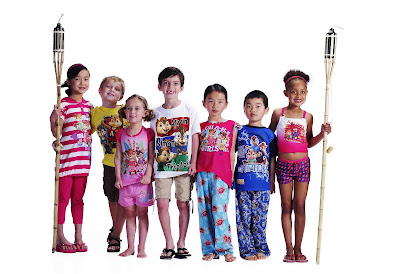 Los Angeles, CA (March 27, 2012) –ALVIN AND THE CHIPMUNKS™ is one of the most successful franchise properties in the world,  generating more than $1 billion at the box office and selling over 35 million DVD and Blu-ray™ units  worldwide .  To coincide with the Blu-ray™ and DVD release of Alvin and the Chipmunks: Chipwrecked in Walmart stores beginning on Tuesday, March 27, Fox Consumer Products and Twentieth Century Fox Home Entertainment, in conjunction with Bagdasarian Productions, will launch an exclusive multi-category program. Fox Consumer Products will debut an exclusive spring boy’s and girl’s apparel line featured at Walmart stores nationwide.

The campaign will be supported online with a special boutique page – www.walmart.com/Alvin - and on the brand’s current Facebook page, which boasts more than 2.5 million “likes.”

Jeffrey Godsick, President of Fox Consumer Products said, “An exclusive apparel line at Walmart is a true testament to the popularity and success of the blockbuster franchise.  This all-new spring line is reflective of the franchise’s continued momentum. Consumers can now find Alvin and the Chipmunks™ product on shelves year-round.”

All licensing agreements and future product introductions are made possible through collaboration between Fox Consumer Products and Ross Bagdasarian, Jr. – son of the Alvin and the Chipmunks™ creator – and his wife and partner, Janice Karman, who are the creative team behind The Chipmunks.

Alvin and The Chipmunks, The Chipettes and Characters TM & © 2012 Bagdasarian Productions, LLC. All rights reserved.